Lift Your Way Up! 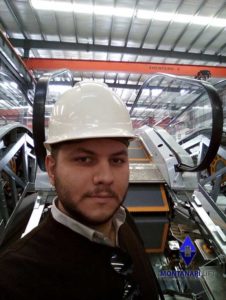 Jean Massoud is the Owner and General Manager of Montanari Lift. With a double major of Electronics and Business Administration, and a staggering 3.7 GPA, Massoud was first introduced to the industry of elevators and escalators at the early age of 12 with his father’s company. To gain discipline – a much needed trait in this line of business – Jean Massoud had training in different other companies that revolved around elevators, escalators and electronic power backup solutions, such as automatic rescue drives.

To be a successful business professional, Massoud expanded his horizons by learning different languages. Apart from his Arabic mother tongue, he is fluent in French, English and Spanish.

Montanari Lift’s enthusiastic and driven CEO didn’t stop there. He knew he needed more certifications to excel in his line of business, and therefore pursued education to attain certification in the EN-81 safety standards which were released in 2014 by the European Committee for Standardization with regards to the construction of lifts and the testing of lift components.